1. Actress Gloria Stuart died in 2010 at the age of 100. In 1997, aged 87 she became the oldest person nominated for a competitive Oscar. What was the name of the film that she won the nomination for ?

2. Some Catholics believe that the Virgin Mary appeared to three shepherd children in Fatima. In what country is Fatima located?

3. When making Yorkshire puddings, what ingredient would NOT be needed?

4. What's the term for one quarter of a bushel ?

5. Made into a movie starring Robin Williams, what novel by Richard Matheson about a husband's love that transcends death takes its title from a line in William Shakespeare's "Hamlet" in the "To be or not to be" soliloquy?

6. What is Darrell Waltrip's brother's name?

7. What day is celebrated in USA on 2nd February

8. What does CPAP stand for?

A young Mauritanian girl will be forced into a daily diet of 2kg of millet and 20 litres of camel's milk to make her more attractive for marriage in a country that prizes plumpness .

5. What Dreams May Come (If you haven't seen this film, you should - LT)
6.Michael
7. Groundhog Day
8. Continuous Positive Airway Pressure

In Mauritania it is said that the size of a woman indicates the amount of space she occupies in her husband's heart. From as young as five, girls are fattened up and this is often reinforced with beatings and other forms of torture. This means that Mauritania is one of the few countries in the world where girls, on average, have received more food than boys. The rationale is simple. A fat girl is taken to be evidence that her family are wealthy enough not to require her to work. This tradition, known as "Leblouh", was thought to be dying out but, following a military coup in 2008, there have been claims by women's groups that it is once again on the rise.
Last edited: Wednesday at 2:27 PM

Gold Site Supporter
Thanks Lucky.
I knew all of those.

Sass Muffin said:
Thanks Lucky.
I knew all of those.
Click to expand... 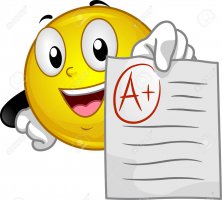 Sass Muffin said:
Thanks Lucky.
I knew all of those.
Click to expand...

I read on Wikipedia about Mauritania after going through the questions. And found that it's one of the most barbaric countries in the world in terms of women. FGM is a massive 71% as recorded but it maybe even more. Education is 8% and, force feeding starts at around 5 years, and they are tortured to eat. I usually don't curse people but these Mauritania men are barbarians standings far below the known levels of human intelligence.
I'm wondering where those "exporters of democracy" are, and why they don't simply invade this country and liberate them. This shows that no one really is concerned about actual human suffering, unless it comes with some sizable profit

Staff member
Gold Site Supporter
That is horrible. Those poor women. You are correct that we (the US) does not invade and liberate unless there is a benefit. But I also see human suffering everywhere that is not addressed. Right here at home. And I'd guess in your home country. It takes more than just money thrown at the issue. It takes action by many. And those also have families and jobs to take care of. If they take care of one issue they can cause other issues in their own house. I truly wish there was an easy answer but I'm not smart enough to know of one. Sad.
You must log in or register to reply here.
Share:
Facebook Twitter Reddit Pinterest Tumblr WhatsApp Email Share Link
Top