Staff member
Gold Site Supporter
This was posted by Ishbel on another forum almost a decade ago.

Because I am half Scottish, and love barley, and am not a fan of potatoes in stews, I copied and saved the post.

Last week, I finally got around to making the stew, but used double the barley and no peas. Also, I pre-cooked the barley for a half hour and threw everything in crockpot.

Dad and I loved it!

Thanks, Ishbel, wherever you are!

('Scotch' is an acceptable term when talking about food, ie Scotch beef, Scotch eggs, or Scotch Whisky... however, we natives prefer to be called Scots or Scottish 8) )

Traditionally this recipe called for mutton, but that is very fatty and no longer widely available in Scotland - so use a cheap cut of lamb, eg neck....

Soak the dried peas/barley by covering with water and leaving for a few hours (overnight is easiest). Drain the peas and barley when you are ready to start making the soup.

Put meat into a pan with sufficient water to cover the meat - 2/3 pints (these are Imperial pints, by the way, and I THINK that US pints are different to Imperial ones! and add the bayleaves. Cover and bring slowly up to the boil, then simmer for about an hour. Skim off any fat which floats to the top (keep doing that throughout the cooking time). Add the barley/peas and diced veg and season as required, cover again and simmer for about another hour, until the meat is really tender and the chunky veg and dried peas/barley are tender.

If the broth starts to get too thick, just add a little more water... 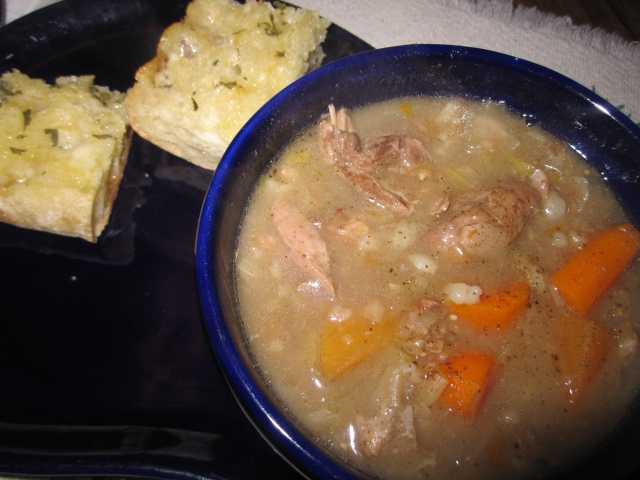 Could have used another package of lamb stew meat, but I'm better off with lots of vegs. anyway. 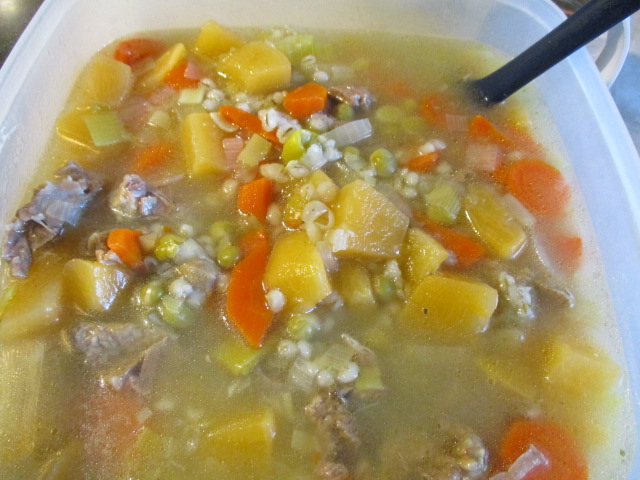 Staff member
Gold Site Supporter
Had some discounted lamb stew meat and all the other stuff, so made Scotch broth.

At least the country cuisines complimented each other. 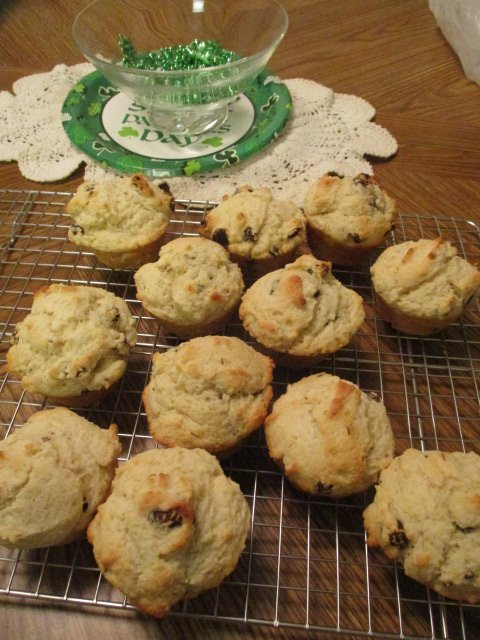 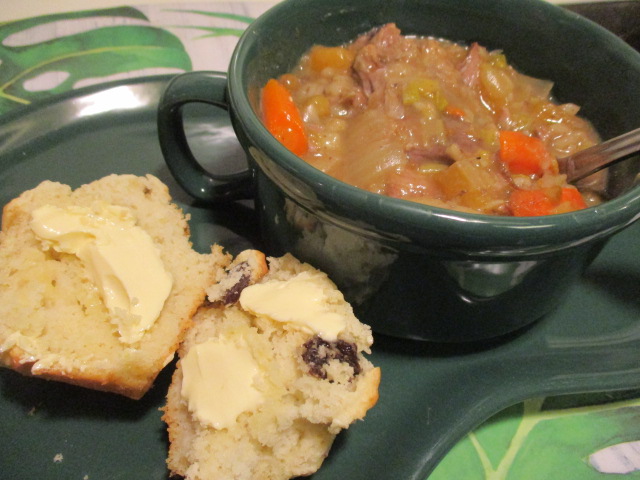